Canada’s Wireless Providers Make Most Revenue Per GB In The World: Study 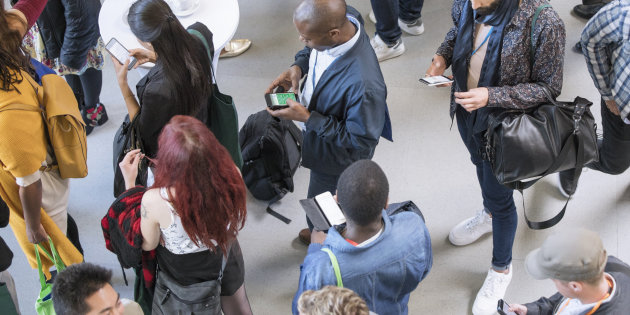 If you’ve been following the news you may not need reminding, but another study has come out showing that Canadian wireless providers make the most money off their customers, far ahead of 30-odd countries studied.

Analytics firm tefficient earlier this month published a sweeping study of mobile data across 39 countries, both developing and industrialized.

Among the findings, it appears that once again Canada is at the far end of the spectrum when it comes to total revenue as measured per gigabyte, per SIM card.

In the chart below, we can see that it is Canadian providers who pocket the highest revenue per GB, that is, 27 euros (roughly $40), while Canadians only use a meagre 2 GB of data per month. At the other end of the spectrum, we see that people in Finland are heavy users (14 GB per month) but the companies providing them with this data only earn one euro ($1.51) per GB.

Tefficient underscores that its analysis evaluates what the mobile industry de facto charges end-users, not what the best offer on the market is at a given moment. The firm also indicates that a majority of users are on old plans because they’re locked into contracts, or because they haven’t bothered to look for a better one.

The study notes that out of 39 countries, the CRTC was the last public body to report 2017 data, in December 2018.